Peg Perego VS Power Wheels | Are They The Same?

Peg Perego and Power Wheels may seem very similar at first glance, but there are actually quite a few differences between them. They have different backgrounds, produce toys with different battery systems, and have varying model designs, among other differences.

You may be wondering which brand to choose between Peg Perego and Power Wheels. Are they the same? Both brands are extremely popular, and both have their pros and cons.

In this blog post, I will compare Peg Perego and Power Wheels vehicles so that you can decide which one is best for your child.

While these two brands may seem very similar at first glance, there are actually quite a few differences between them.

Before we look at the differences, I must say that they both have very similar features. For example, they both have a wide range of vehicles to choose from, they’re both made by reputable companies, and they have been in the industry for many years.

The History of Peg Perego

Peg Perego was founded in 1949 by Giuseppe Perego in Italy. The company started out making high-end baby strollers and car seats before branching out into ride-on toys in the early 1990s.

The company brought its high-end strollers to the US in the 1960s and quickly became a favorite among celebrities and everyday families alike. They later formed a company called Pines of America and began selling their products in the US under that name.

Later in the 1980s, when Kransco acquired Pines of America, the Pe Perego Engineers re-introduced themselves and started producing in-house battery-powered toys under Peg Perego. They have since become one of the leading manufacturers of ride-on toys in the world.

The History of Power Wheels

Power Wheels was founded in the 1980s when Mattel saw the potential in electric ride-on toys. Mattel purchased Pines of America from Kransco and under Fisher-Price, Power Wheels was born.

Power Wheels became an instant success with their line of battery-powered jeeps and other vehicles thanks to their marketing efforts and partnerships with retailers.

The company has continued to grow over the years and now offers a wide range of vehicles for both boys and girls. They are also the exclusive provider of battery-powered riding toys for many popular licensed characters such as Barbie, Hot Wheels, Jurassic World, and more.

While the products produced by both brands are very similar, there are some functional differences that you should be aware of:

Peg Perego mainly works with a 24-volt battery system. They, however, produce 6V and 12V ride-on toys for younger toddlers. I have also seen a few models with 36V batteries.

The most notable thing about the Peg Perego batteries is their color codes. For example, the 6V is green, the 12V battery is blue, and the 24V is yellow or silver.

This way, you can easily identify which battery is compatible with which vehicle.

Power Wheels, on the other hand, uses a 12-volt battery system for most of their vehicles. However, they also have a line of 24V and even 36V ride-on toys.

Just like Peg Perego, Power Wheels has color codes for their batteries. The 12-volt battery is grey.

Overall, I have found that the batteries produced by Power Wheels retain their charge for longer than Peg Perego’s.

While both brands offer a wide range of vehicles, I have found that Peg Perego has more “luxury” models while Power Wheels focuses on more “fun” vehicles.

For example, Peg Perego offers an Audi R Series ride-on car while Power Wheels has a Barbie Jeep. Both are great products but cater to different audiences.

In my opinion, Peg Perego has better-looking vehicles across their entire product line. They also offer more unique colors and designs than Power Wheels.

Power Wheels often offers designs of cars, trucks as well other vehicles. Peg Perego, on the other hand, is known for producing consumer car replicas that are officially licensed by the car manufacturer.

In fact, one of their best-selling design – the Barbie Jeep – comes in pink.

In my opinion, both brands offer great products. It really just depends on your personal preferences as to which one you prefer.

There is only a small difference here. Since Peg Perego mostly works with a bigger battery, most of their vehicles are faster than Power Wheels.

Some Peg Perego models such as the Gaucho Superpower can reach speeds of up 10mph. That’s pretty high for a ride-on toy.

Power Wheels models are also pretty fast. Their ATV models, for instance, can reach speeds of up to 6mph-8mph.

Most of Power Wheels’ faster modes have speed reduction and parental control features to make them safe for kids to use.

Peg Perego VS Power Wheels: Which One is Better?

It’s hard to say which one is better because they are both great brands. It comes down to personal preferences.

I have a few toys from both brands for my kids and I don’t really see any major differences.

Both brands offer a wide range of vehicles, have good customer service, and produce high-quality products. In the end, it really just comes down to which design or style you prefer.

The age of your kid also determines which toy you are going to get and I must say both brands have an option for almost every age group.

Are Peg Perego and Power Wheels the same?

No, they are not the same. Peg Perego is an Italian company that produces ride-on toys and other juvenile products while Power Wheels is a line of battery-powered ride-on toys produced by American toy company, Mattel.

What’s the difference between Peg Perego and Power Wheels?

The main difference between the two brands is that Peg Perego focuses on producing consumer car models while Power Wheels focuses on all vehicles including cars and trucks.

It’s hard to say which one is better because they are both great brands. It comes down to personal preferences.

Can I use a Peg Perego battery in a Power Wheels?

While this can work, it is not recommended. . The two brands use different types of batteries and chargers. Attempting to do so could damage your toy or cause injury. 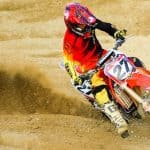 Types of Go Karts Explained | Which is the Best? 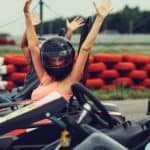