Can Electric Bikes Be Used On Bike Paths?

Laws that determine whether cyclists can use electric bikes on bike paths vary from state to state. Many states allow electric bike owners to ride their bikes on pavements and roadways. However, many states still struggle with the classification of electronic bikes.

Many electronic bike owners often ask, ‘can electric bikes be used on bike paths?’ because they don’t want to get in trouble with the law.

However, most states will allow you to ride an electric bike on pavements along roadways as you cycle to work or other destinations. The situation becomes complicated when you want to use your electric bike on a nature trail.

Most forest reservations consider electric bikes as motorized vehicles, and they are banned from forest bike trails.

You have to understand what an electric bike is to know why there are concerns about its use in nature trails.

What is an Electric Bike?

An electric bike is also known as an e-bike. It is a two or three-wheel bicycle with a motor or a throttle to assist in pedaling. There are three classifications of e-bikes depending on their motorized components and maximum assisted speed levels.

The e-bikes come with a motor of 750 watts or less that activates when a cyclist starts pedaling. It can assist a user to a maximum speed of 20 MPH, and the user has to rely on their muscles to go faster.

The e-bikes have a throttle that can be switched on using a button to offer assistance. The bike can move at a speed of 20 MPH without the cyclist pedaling.

However, a cyclist will have to rely on themselves to go faster than 20 MPH.

The e-bikes are similar to those of Class I except for assisted- pedaling of up to 28 MPH. They also come with a speedometer, and cyclists are required to wear a helmet for safety.

The other two classes don’t require the use of a helmet.

Who Regulates the Use of Bike Paths?

Two authorities regulate the use of bike paths in America. There are federal laws and state laws.

State laws vary in different states as some test the use of class I and II e-bikes in nature trials. However, the federal government doesn’t give much direction in the use of e-bikes.

The Consumer Product Safety Commission (CPSC) is in charge of overseeing the manufacture of e-bikes according to the set standards. Class I and II e-bikes are defined as low-speed bikes as long as they have a 750-watt motor and don’t go above 20 MPH in the assisted pedaling mode.

Otherwise, CPSC doesn’t specify the locations or surfaces that e-bike users should use. However, the institution doesn’t classify e-bikes as motorized vehicles and doesn’t treat them as such.

So, overall, federal regulations do not have an issue with people adopting e-bikes instead of cars to move around cities.

You must figure out the state laws that govern the use of e-bikes. Some states also insist on cyclists of e-bikes to use helmets.

States that classify e-bikes as motor vehicles expect cyclists with e-bikes to adhere to the same rules as motorists.

The biggest concern about allowing e-bikes on nature trails is the safety of other cyclists using traditional bikes. Bike nature trails are not the same as bike pavements along roadways.

They are much more difficult to navigate than flat surfaces. Since e-bikes go at high speeds, there is a risk that cyclists on e-bikes will crash into those in traditional bikes.

Most cyclists using traditional bikes go slow while navigating the bumps and corners of nature trails. Where else, someone with an e-bike may try to navigate the tough terrains of bike trails at high speed and collide with other cyclists.

There is also the aspect of personal safety. E-bikes tend to accelerate faster than traditional bikes.

Therefore, a novice at bike trails may go more quickly than the bike can navigate safely on a bumpy road. In addition, there are so many cases of people falling off traditional bikes on trails due to carelessness.

As a result, most states believe that the number of accidents will rise if e-bikes are allowed onto bike trails.

There are trial programs run by various states and forest conservation organizations to see if it is possible to incorporate class I and II bikes into bike trails. You can search for one of those programs near you and join them if you own an e-bike.

You need to adhere to the rules set out because they protect you and other cyclists on the bike paths.

Since the programs are in the trial stages, there is a possibility that e-bike owners will have the opportunity to use bike trails in the future. The reason there are pilot programs is because of the high adoption rates of e-bikes.

Is It Expensive to Own an E-bike?

E-bikes are expensive compared to traditional bicycles. However, they have the same maintenance requirements as conventional bikes.

Class I and II e-bikes use a motor that depends on a cyclist to pedal to start. Therefore, there is no fuel cost when you invest in an e-bike, and you can go anywhere in most cities.

E-bikes are here to stay because they are an excellent alternative to driving. Also, you can use them to commute to work without exerting too much effort.

In addition, the motor makes it easier for cyclists to travel longer distances in a shorter time.

Overall, you will see the value of your e-bike within a few weeks and realize the high costs are worth it. Also, you will be getting exercise every day, which will add up significantly over time.

E-bikes still have a long way to go when it comes to all-weather bike terrains. However, trial programs are looking for safe ways to use e-bikes on bike paths.

In the meantime, check the bike requirements of bike paths before heading there with an e-bike.

If you own an e-bike, consider borrowing a traditional bike when you want to hit nature trails. It is a small inconvenience, but it is worth it if you use your e-bike for commuting.

After all, the cost of renting a traditional bike is way lower than the cost of fueling a car every day. 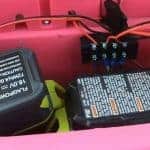 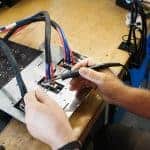