Can You Ride A Mini Bike On The Sidewalk? (Is It Allowed/Legal?)

It’s a beautiful day, and you’re out for a leisurely ride on your mini bike. You turn the corner and see the sidewalk – perfect for an extra lap or two!

But is it legal to ride a mini bike on the sidewalk? Or will you get in trouble with the law? Read on for answers and tips.

In most states, you are not allowed to ride your mini bike on the sidewalk. However, this varies from state to state and depends on the local jurisdiction. Some states don’t even allow minibikes on the streets unless they are road legal.

Can You Ride A Mini Bike On The Sidewalk?

Mini bikes are illegal on sidewalks in the vast majority of the country. A complete ban on minibikes from sidewalks has been enacted in several places like Texas and California.

Minibikes fall under the umbrella term “moped” in the majority of US states. Mopeds are defined as two-wheeled vehicles with underpowered engines that can’t go over a predetermined speed. It is now necessary to have an M1 or M2 license to legally operate a moped on public roads in several places, such as Texas and California.

Therefore, if you happen to live in a state that prohibits using mini bikes on sidewalks, and you are discovered riding one, you may be given a penalty. Avoid doing the same thing, which is riding a tiny bike on the street without a valid license. The consequences, however, will change from one state to the next.

Get in touch with your state’s Department of Motor Vehicles or police department to see whether or not mini bikes are permitted on sidewalks in your area. They are the best source for current legal information in your area.

Can You Ride A Mini Bike On the Road?

Mini bikes are illegal in most areas of the country. This is because “road legal” laws do not apply to mini bikes.

Vehicles that are “road legal” contain all the required safety equipment, such as turn signals, headlights, and brake lights, and have been built with public roads in mind.

However, you may be able to get a permit in certain areas that will let you legally ride your mini bike on the road. Yet again, however, this will be different depending on the state.

There are regulations that must be followed in order to legally ride a minibike on the street. In addition to having a valid M1 or M class license, you’ll also need to register and insure your mini bike.

Your mini bike must also be equipped with working turn signals, headlights, and brake lights. A horn is also required for your minibike.

If you want to ride your minibike on the road, you might have to get the okay from the authorities first, and one of the criteria they use is the maximum speed or power of your bike.

If you wish to take your mini bike out on public roads, you should inquire with the department of motor vehicles or the police force in your area to learn the specific regulations that apply to you.

Can I Ride My Mini Bike In Public Space?

In this context, “public space” is any location that is available to the general public. This encompasses recreational areas such as parks, playgrounds, forests, beaches, and pathways for hiking.

Mini bikes are not permitted to be used in public. Most states prohibit this practice. There are a couple of factors at play here.

Mini bikes, for one, are often illegal to ride on public roads. They are missing vital safety features like turn signals, headlights, and brake lights.

There’s also the fact that minibikes can’t generate enough thrust to keep up with regular traffic on a crowded street or park.

As I’ve already mentioned, it’s smart to check with the department of motor vehicles or the police department in your area to learn the specifics of the legislation where you live.

Where Can I Ride My Mini Bike?

Mini bikes are best used on private property, such as a person’s own backyard or a friend’s driveway. You won’t have to worry about running afoul of the law if you follow these steps.

There are several locations where you can lawfully ride your tiny bike in public. In certain places, like California, for instance, riding a mini bike is legal on the road but not on the sidewalk.

It is illegal to ride a tiny bike on the street in some cities, but in others, like the District of Columbia, it is perfectly legal. This once again highlights the importance of contacting your state’s department of motor vehicles or police force to learn about the relevant laws and regulations in your area.

Can I Ride My Mini Bike in the Neighborhood?

Whether or not it is legal for you to ride your mini bike in the neighborhood will depend on a raft of different factors.

Some things that will be considered include the power level/speed of your mini bike, whether or not it is street legal, and what the specific laws are in your state or locality.

For instance, if your local laws allow you to ride your mini bike on the street, then you will most likely be able to do so in the neighborhood as well.

On the other hand, if your mini bike is not street legal or is not allowed on public roads, then you will probably not be able to ride it in the neighborhood either.

Also, if your neighborhood has enough space and isn’t always busy with traffic, you may be able to ride your mini bike there without any problems. But, as is always the case, it is best to check with your local authorities just to be on the safe side.

Is Legal to Ride a Mini Bike on the Sidewalk?

Multiple variables must be considered before arriving at a conclusion to this question. If your mini bike has enough power/speed to be considered “street legal,” and if you live in a jurisdiction where such vehicles are illegal, then you must comply with the relevant regulations in your area.

Mini bikes are not permitted on sidewalks. This is due to the lack of required safety equipment, such as turn signals, headlights, and brake lights, on tiny bikes, which makes them illegal to ride on the street in many jurisdictions.

Mini bikes are too fast for the sidewalk, which is another reason why they are not allowed. Pedestrians should be able to move around freely without fear of being struck by a speeding mini-bike.

As is always the case, you should get in touch with the appropriate authorities in your area to learn the finer details of the legislation that applies to you.

Can You Ride a Mini Bike On The Sidewalk: FAQ

Many states, including California, Texas, and Florida, consider mini bikes illegal on public roads. You, therefore, cannot ride your mini bike on the sidewalk.

Do you need a license to ride a mini bike?

What is the difference between a mini bike and a pocket bike?

Different from a mini bike, which has larger wheels and is intended for use on the unpaved ground like trails and grass, a pocket bike is built for use on paved surfaces like roads and parking lots.

Can you ride a mini bike without insurance?

Insuring your mini bike is not usually required but is highly recommended. This is due to the fact that you, personally, are responsible for paying for any damages produced in the event of an accident.

Who can ride a mini bike?

Contrary to popular belief, mini bikes aren’t just for youngsters. Mini motorcycles are tempting because of their diminutive stature, but it’s vital to remember that they’re not toys and can pose serious risks if used improperly.

Are mini-bikes street legal in PA?

In Pennsylvania, the majority of municipal governments permit the use of minibikes on public roads as long as they are registered and the rider has the necessary license. Before using a mini-bike on the sidewalk, it is, however, important to confirm with your local police force.

Are mini-bikes street legal in NJ?

No, the state of New Jersey does not consider mini bikes street legal. This means that you cannot ride your mini bike on the sidewalks or streets in NJ.

Several distinct variables will determine whether you are allowed to ride your mini bike on the sidewalk. In some states, small bikes must be street legal in order to be ridden on the sidewalk; in other states, there are no such requirements.

Before using a mini bike on the sidewalk, it is best to verify with your local police department. For further details and advice on maximizing the use of your mini bike, see my other posts on the subject. 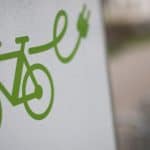 How to Teach a Child to Ride a Scooter 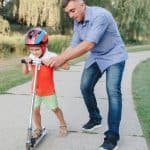